Places to cycle in Manchester #1

For those of a nervous disposition with regards to road cycling, the Fallowfield Loop offers a reasonably long traffic-free cycleway.  Stretching from Chorlton (near Morrisons) to Debdale Reservoir via Fallowfield and Highfield Country Park, the 13 km route is thought to be the longest urban cycleway in Britain.  At the Debdale terminus, a cycle-friendly path exists which ends at the Ashton Canal close to City of Manchester Stadium.  Conveniently from there on you can cycle along the towpath all the way to Piccadilly Railway Station in the city centre, offering a traffic free ride from Chorlton right into town (although it’s far from a direct route). 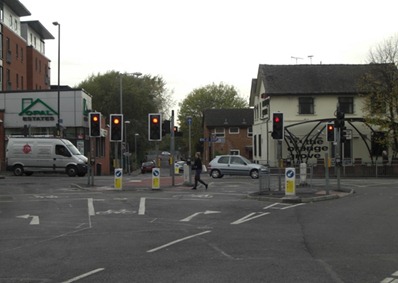 The entrance to the cycleway at Fallowfield (heading to Chorlton). 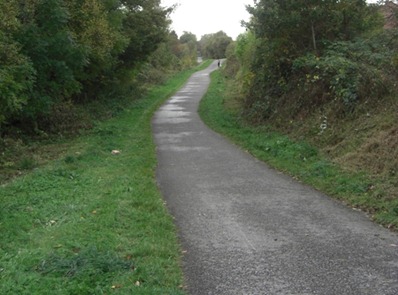 The beginning of the Fallowfield to Chorlton section of the route. 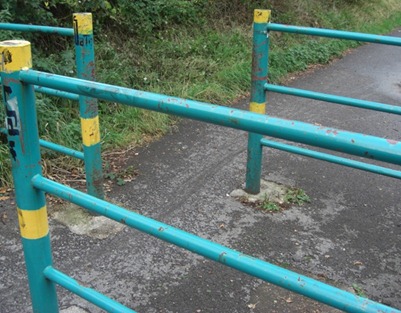 Perhaps the only downside to using the cycleway is these metal speed traps every few hundred metres.  I assume they are there to prevent people using motorbikes, but you could still get a motorbike up to a fair old speed in the gaps between them.  In practise they just make cycling on a proper bike less fun.

I’d still thoroughly recommend having a bash on the old Fallowfield Loop though.

Email ThisBlogThis!Share to TwitterShare to FacebookShare to Pinterest
Labels: Places to Cycle in Manchester