On Saturday I visited Chorlton’s Big Green Festival. I was asked by the GMCC to help out with a group ride from Oxford Road station to the festival, to help both novice riders who were nervous about cycling in traffic and also to help anyone else to find the way. When I arrived at the meeting point I met Mr Mad Cycle Lanes of Manchester on his recumbent quadricycle (a Brox Compact)  and a few others who were there for the guided ride, in addition to my counterpart from ibikemcr.

Some of the group seemed slightly surprised to be led on a group ride by two people dressed casually and riding non-sport-oriented bikes. I felt this was a good thing, as I am very much in favour of re-normalising cycling so that it isn’t perceived by the general public as a primarily sporting or dangerous activity. Further to this aim, I proceeded to eat my breakfast cookie during the gentle-paced ride to the Fallowfield Loop. There is a great write up about the experience of riding a recumbent quad down the Loop, and the unnecessary and openly discriminatory barriers which are present on the loop here.

Once at the festival, we proceeded to join in the bike parade, where I met another Yuba Mundo owner (a V1): 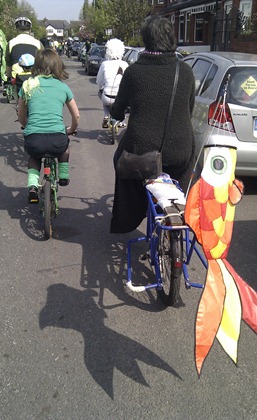 Which I managed to get a better shot of later: 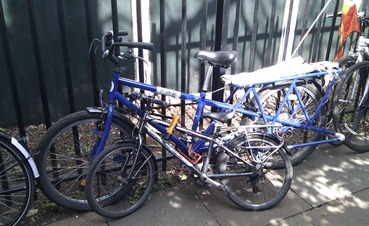 The festival had a wide variety of green businesses and causes to peruse, a great deal of which were bicycle-related, from the largely sport-oriented Cycle Logic to the utilitarian Practical Cycles and even a dance off between our local bicycle dance troupe The Spokes and their counterparts from Bristol, Les Velobici.

There were plenty of interesting bikes around too: 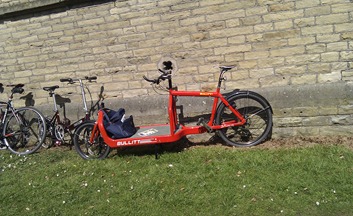 A Larry Vs Harry Bullit, as ridden by Mikael from Copenhagenize and Dave from 42 Bikes 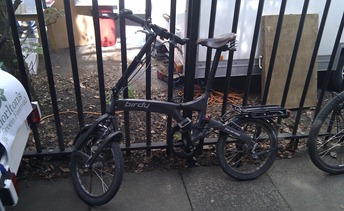 A Birdy folding bike, one of the more credible Brompton competitors 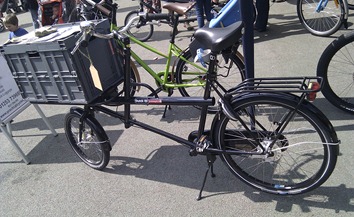 The Dutch ID Fillibus at the Practical Cycles stall 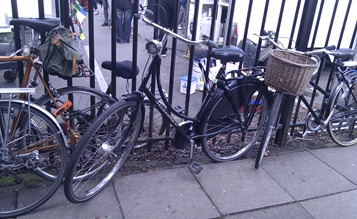 And this lovely Gazelle, to show just a few