Yesterday I visited my cat and family in Rochdale as I often do. Because the nights have finally drawn out enough for me to ride it before dark and the pleasant weather, I decided to ride the DL-1 rather than taking the Brompton on the train. Rather than suffer the perils of Oldham Road, I decided to take an alternative route along a popular rat-run (so popular in fact that the motorised traffic was travelling nice and slowly):

Once I reached Failsworth, I decided to use the canal for the remainder of the journey, it had been dry for a few days so the path would be passable at least.
When I reached the Ship Inn near Hopwood Hall College, I was perplexed to see a barrier had been put in place and a sign which read “Towpath Closed.” Behind the barrier was a broken bollard which had presumably been put there to suppress cargo-bike use on the towpath. In a blatant disregard for the authority of the sign I proceeded to ride along the towpath anyway. When I arrived near to the tunnel under the M62 I saw another barrier and sign, having encountered nothing in the closed section which warranted closing it whatsoever. Maybe we should try this approach on the motorways too. 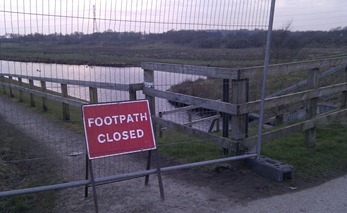 Upon leaving Rochdale, I noticed that my lights weren’t working. Sadly this necessitated a train journey (although it was also starting to rain by then anyway). I assumed the problem was due to the shoddy job I had done extending the wire for the front lamp when I re-mounted it on the headset. When I returned home I decided to disassemble the front lamp and replace most of the wire, properly solder the connection between the two wires and use heat-shrink to protect the connection. 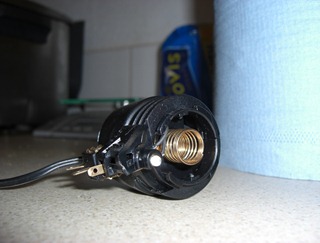 The innards of the Lumotec Retro 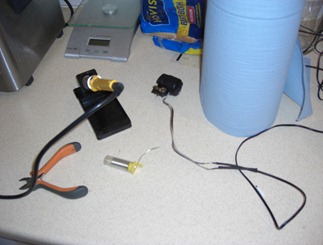 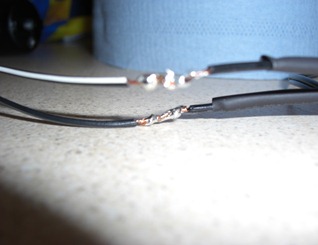 The original lamp wire was shortened and soldered to some fairly low-end speaker cable I had to hand
One interesting thing I discovered was that inside the B&M Lumotec Retro there is basically a complete standard B&M Lumotec lamp, attached by the same type of bracket which all of the B&M lamps I have seen use to attach to the various mounting options available. This suggests that it might be possible to house a better lamp such as a Lyt or a Cyo within the aesthetically-appropriate Retro shell at some point in the future. 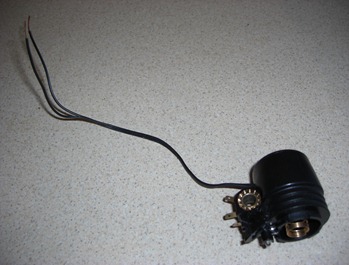 The guts of the Lumotec Retro are essentially just a complete standard Lumotec lamp
After faffing about with the wire, I discovered that the actual cause of the problem was that there was a layer of filth on the contacts of the dynamo hub itself, and that my initial shoddy wiring was in fact fine. 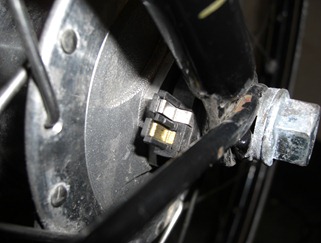 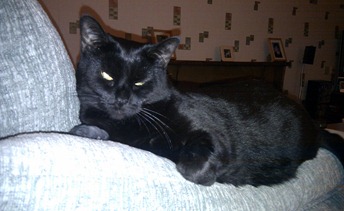 Gratuitous shot of the cat who my desire to visit set in motion the entire series of events
Posted by Dr C. at 17:07