Way back in early August on a ride back to Manchester at night I was worried the see that the stand-light on my B&M Lumotec Lyt, the front lamp on my Brompton had stopped working. The back stand-light on my Brompton had been non-functional for a while too. I couldn’t really justify the expense of replacing either of these lights, especially after such a short time in service. Thankfully, I have some experience of electronics from sixth form college and  had also done some work with battery-backed full-wave rectification circuits previously. The fact that the stand-light had gone on both lights, but both still worked when the bike was in motion suggested to me that the capacitor used to power the stand-light is connected in parallel with the rectified current from the dynamo and in both cases had become disconnected. The rattle was a bit of a giveaway too. I firstly too a look inside the Lumotec Lyt. 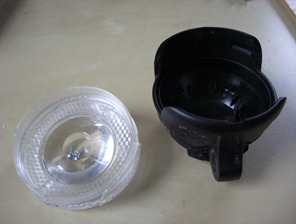 The casing of the Lyt can be gently prized apart with the edge of a screwdriver. 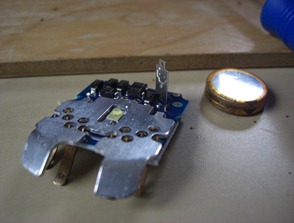 The business part of the Lyt, the circuit board, containing the central LED, with the £1 coin-sized capacitor next to it. 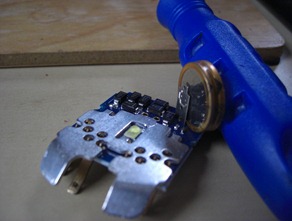 After examining the circuit board, I found the part of it to which the capacitor attached. When assembled, the capacitor sits in this position at the top right of the circuit board which sits vertically in the housing. The relatively heavy capacitor is supported at this angle by two contacts soldered in to the board in a manner which is not really ideal for applications with a lot of bumping and vibration, such as in bicycles (especially on the Brompton). 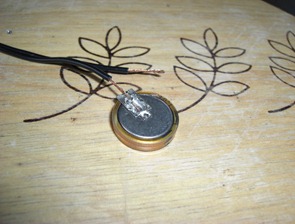 One of the contacts had broken off with the capacitor, a wire was soldered to this end, 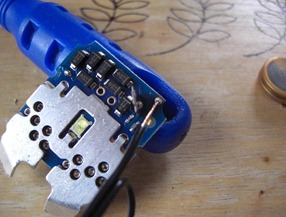 and soldered into the circuit board at the other end. 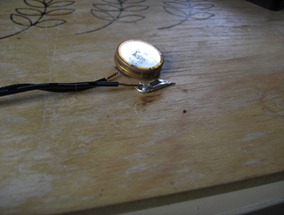 A contact for the side of the capacitor whose original contact was still attached to the circuit board was fashioned from part of the tab from a drinks can, 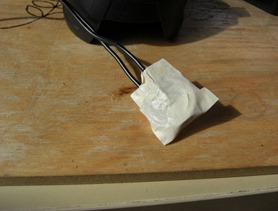 and placed in contact with the capacitor using tape. The remaining end of the wire pair was soldered to the contact on the circuit board, 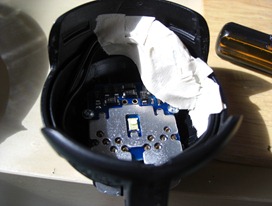 and the whole thing was taped (crudely) to the inside of the housing of the Lyt. Whilst hardly a professional job, the result has held just fine for over two months. The situation with the rear light, a Brompton dynamo light (made by Spanninga) was similar, although the capacitor was positioned more sensibly in this design. 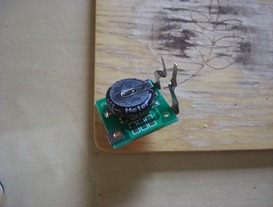 The capacitor as intended to be positioned on the circuit board of the Brompton rear light was re-affixed in a similarly crude manner to the capacitor in the Lyt; using solder and a lot of tape. This repair job has also held up surprisingly well since the beginning of August.
The long-term plan is to retire both of these lights to the Yuba Mundo, which is both used less frequently than the Brompton and which, with larger wheels and more voluminous tyres will likely be less demanding on these damaged lights, and replace the front lamp with a Cyo and a new Brompton rear light which I will pre-emptively reinforce. Until I have the funds for that though, I’ll have to make do & mend.
Posted by Dr C. at 08:30