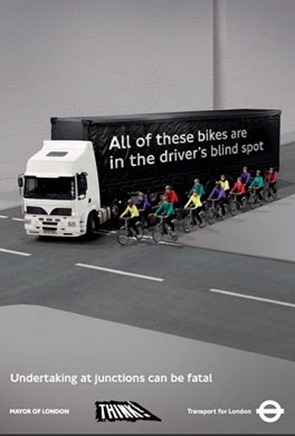 I just found out about the new Transport for London poster warning cyclists about the dangers or left turning HGVs over at the Crap Waltham Forest blog.  While I am not against teaching people whereabouts on the road they should avoid in order to not become a victim of negligent HGV operation per se it does appear to be more of the symptom-treating approach which we are all familiar with.  If not crushing someone to death in a dense urban area is hard for a lorry driver to do, maybe TFL would be better considering restricting the times of day these vehicles can enter the centre of London so that they pose a risk to fewer people.   Once again part of the problem is badly thought-out infrastructure which encourages people to get into bad positions at junctions: 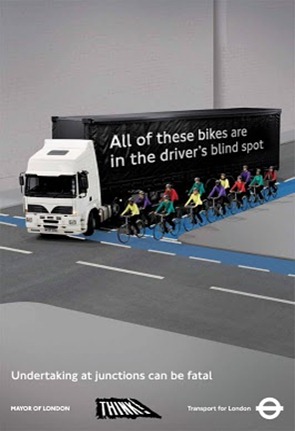