Don’t worry, I’m not planning on turning this blog into a Manchester version of the Crap Waltham Forest blog, but yesterday after posting about it I had to walk from work to the city centre (a grand total of about 3 km) and I decided to see how many illegal or inconsiderate things I saw along the way affecting either cyclists, pedestrians or both.  Anyone who reads the Grauniad’s Bike Blog (or any article in the Daily Fail mentioning cyclists) will recognise the phrase “lawless cyclists” from the comments section as it is trolled by non-cycling motorists and the like, so I decided to focus largely on that much more harmful and prolific group; lawless motorists Footway Obstruction (sucks to be blind). 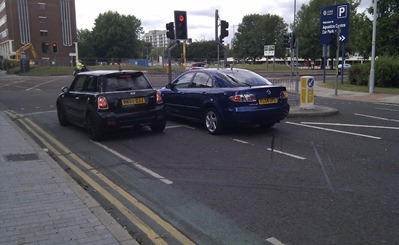 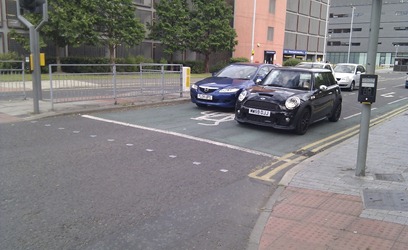 Gone through red, ASL and cycle lane obstructed.  I saw this happen after the light turned red. 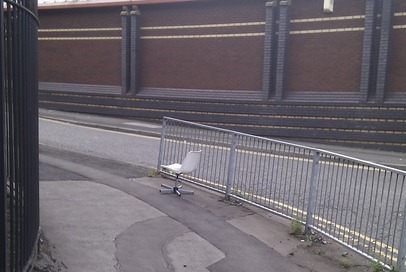 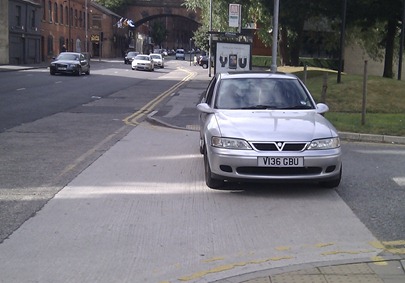 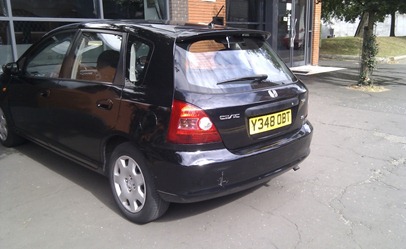 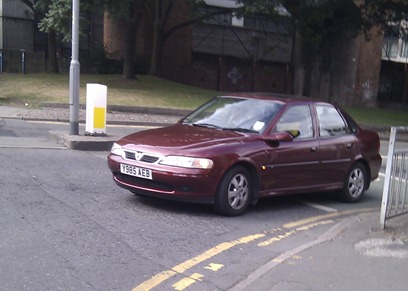 This guy chose to blow through the red and through most of the ASL too. 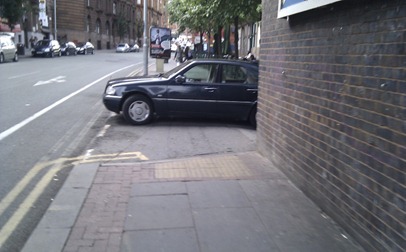 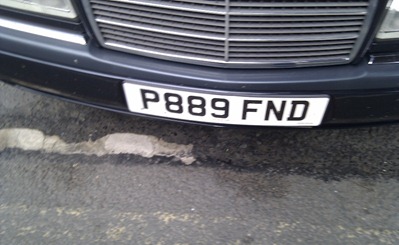 Another person parked across the footway at a side-road. 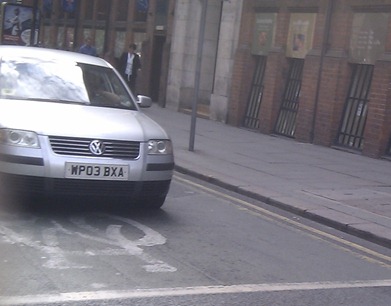 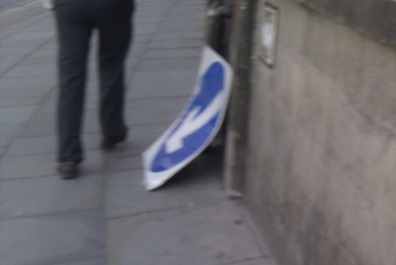 Contractor has abandoned a road sign on the pavement on Princess Street. 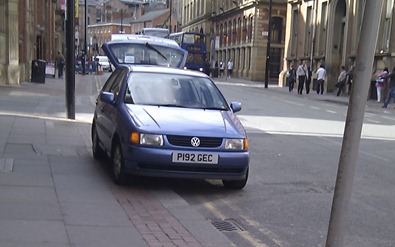 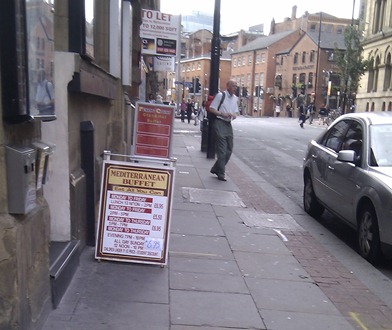 Footpath commandeered by business for advertising. 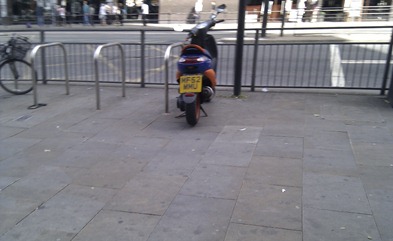 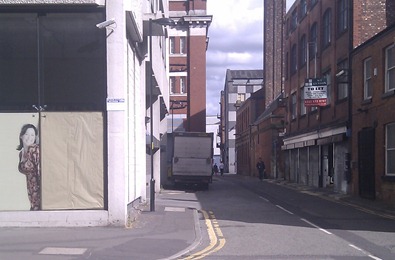 Parked on double yellows and pavement. 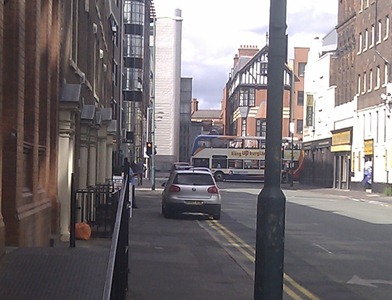 And again, the same pavement and double yellow line parking.

The purpose of this walk into town was to meet someone for a lift.  As I arrived in town I realised that this would be the first time I had travelled in a car in about 3 months.  I decided to note my outsider perspectives of car travel during the journey.

Firstly, I felt extremely low down whilst going along the road, which made me feel less safe than when on a bike.  I also didn’t like how the car itself severely restricted my view, especially to the sides and rear of me.  I also noticed how many people would change lane without any indication, but other drivers seemed ok with this.  I don’t imagine being so happily accommodated on a bike, or motorcycle.  All these things made me feel less safe than when on a bike, but  the caged-off nature of being in a car and the fact that I only had a windscreen view of the world around me made me feel a lot more detached from the danger around me, as if I was watching TV or playing a video game.  I think the people who don’t cycle because they feel it is dangerous only feel that way because they are used to driving, and that their safety concerns are largely subjective.  I felt a lot less safe in the car than I do on my bike and I think next time I will take the bike.